Is it easy to get a taxi from Mykonos Airport? A small international airport with the IATA code JMK, Mykonos International Airport (JMK) is situated 4 kilometres southeast of the island’s capital in the Cyclades archipelago and is a popular destination for individuals who like partying and having a good time. Therefore, during peak tourist season (from the end of April to the end of September), the airport receives a large number of charter flights from various multiple airports, in addition to internal connections with the mainland of Greece as well as the remaining Cyclades islands, the Dodecanese islands, and Crete, among other destinations in the Mediterranean.

Traveling by taxi to Mykonos city or other tourist destinations on the island is an option; taxis are available outside the terminal; renting a car to give more freedom in exploring the island is also an option, or making use of the public bus service is another option.

Are you about to board a flight to Mykonos? Is it easy to get a taxi from Mykonos Airport?

In Mykonos, luxury has found a home, attracting an international jet-set and inviting you to enjoy its palpable energy, magnificent beaches, and pulsating nightlife. It has been voted one of the world’s top summer holiday destinations, and it is easy to see why!

On Mykonos, you can get whatever you desire, especially when it comes to the island’s dining and nightlife venues, which are plenty. Take a stroll around Little Venice and see the famed windmills, and prepare to party 24 hours a day on an island that pioneered the “good life” by living like a superstar on an island that is world-renowned for its “good life.”

During the summer months, Mykonos may get very congested, making it almost impossible to find a taxi or any other method of transportation on the island. You should book your cab in advance as a consequence to guarantee that you will get to your location on time.

Because of this, the first and most obvious question is: how much does a taxi ride to and from Mykonos Town, or any other location on the island of Mykonos, cost? Traveling about Mykonos in a pre-booked taxi is the most convenient and comfortable option. These taxis are totally air-conditioned, have lots of legroom, and have enough storage capacity.

Read Also – How much is a taxi from the airport to Mykonos Town?

The Most Interesting Facts About Mykonos Airport Taxi 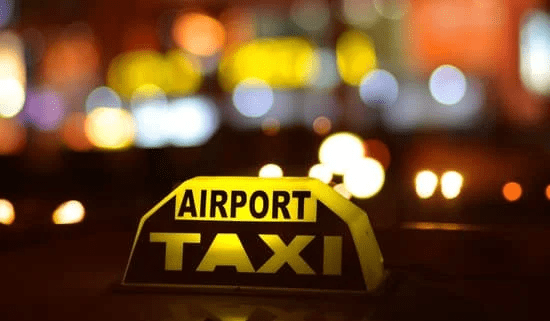 Is it easy to get a taxi from Mykonos Airport?

It is simple to obtain a cab from the Mykonos International Airport. The airport is just a few minutes drive away from the city’s central business district. Outside the terminal building and at the taxi stand in front of the arrivals hall, you may easily find cabs. Another option is to make a reservation by contacting the taxi company or by using an app on your phone.

What to see in Mykonos?

There are several tours, excursions, and activities on the island that we may participate in. The many magnificent beaches that the island has to offer are one of the island’s most notable attractions. Beachcombing in the morning, nibbling on something light and watching the sunset are the major activities and rhythms of life on the island. Return to the hotel for a shower and get ready to go out, and pick a bar where you may have a drink before heading to a nicer location. To make the most of their time in Mykonos, they should attempt to make a pit stop to learn about and visit the Island of Delos, the Archaeological Museum of Chora, Los Molinos, or prepare to get acquainted with the atmosphere and the Festival. Is it easy to get a taxi from Mykonos Airport? Even though it is an island that provides a wide range of alternatives, the most recommended tours and activities are those listed below, regardless of the number of days available. You can also search for Transfer Mykonos Airport to Hotel.

Is it easy to get a taxi from Mykonos Airport? Mykonos International Airport (JMK) is located 4 kilometres southeast of the island’s city in the Cyclades archipelago, and it serves the island’s international passengers. An unusually significant number of charter aircraft from multiple airports arrive at the airport during the busiest tourist season. Besides connecting the mainland of Greece with the other Cyclades islands, the Dodecanese islands, and Crete, the airport also serves as a hub for international travel. Getting a cab from Mykonos International Airport is a simple process. Several of the island’s most beautiful beaches are among the island’s most recognised attractions, and there are many more to discover. Visitors should aim to make a pit stop to learn about and see the island of Delos, the Archaeological Museum of Chora, Los Molinos, or to get a feel for the mood and the Festival before continuing on to the next destination.